relaxing thermal waters and gentle walks along the lake

wellness and relaxation on Lake Garda

Sirmione is the southernmost town of Lake Garda and is situated on a peninsula four kilometers long. A spectacular example of elegance and culture, Sirmione is known for its thermal baths located in the historic centre, in a picturesque 20th century building with a view of the lake, surrounded by an Italian-style garden.
The waters of Sirmione, rich in sulphur and characterized as sulphurous salt-bromine-iodine, are known for their healing properties for the skin and respiratory tract. A thermal center that offers swimming pools, emotional showers, indoor and outdoor whirlpools, multi-sensory relaxation areas, a large Finnish sauna, the argillarium and the room dedicated to thermal mud rituals.
Sirmione is also culture and history: the so-called Catullus Caves prove it. An ancient Roman villa that today represents the most important example of a mansion in northern Italy, located at the end of the Sirmione peninsula, with a suggestive view of Lake Garda.

Today Limone is one of the most characteristic villages of Lake Garda, situated on the Brescia shore. As its name suggests, this small tourist resort is known for the cultivation of citrus fruits, especially lemons. In fact, throughout the territory is easy to notice the massive presence of lemon trees, also present on the coat of arms of the city, and the characteristic lemon groves. Limone sul Garda, one of the busiest and best-equipped towns on Lake Garda, retains the charm and flavor of the small town, enriched by a picturesque village made up of old houses, narrow alleys and small harbours surrounded by lush nature. A magical place where you can enjoy pleasant and relaxing walks both on the lake and in the streets of the hinterland. Subscribe to the Newsletter to receive information, news and proposals reserved for you.
Prince of Lazise Wellness & SPA Hotel, Lake Garda.

Why book on our site?

Discover the other hotels 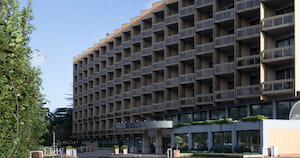